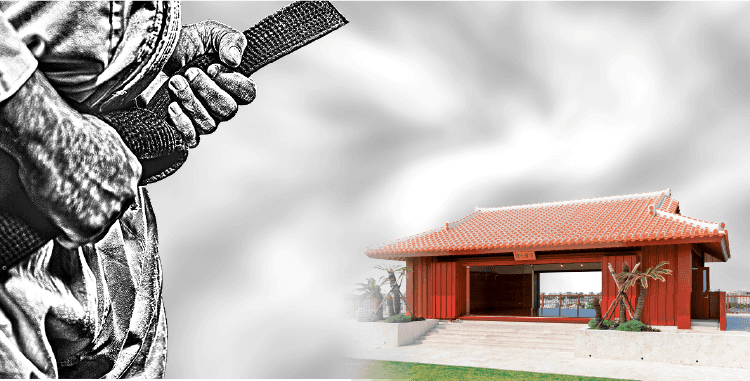 Okinawa, the Birthplace of Karate 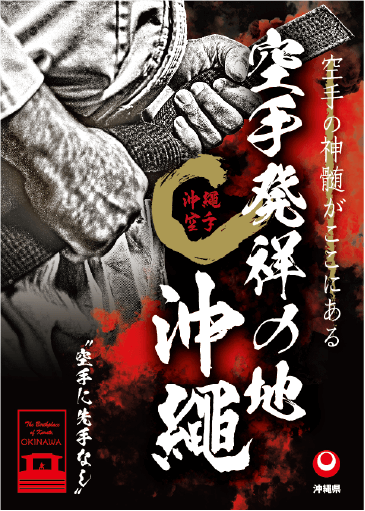 Okinawa,the birthplace of KARATE
In karate,never attack first.
The most significant feature of Okinawa karate is its peace-seeking sprit. 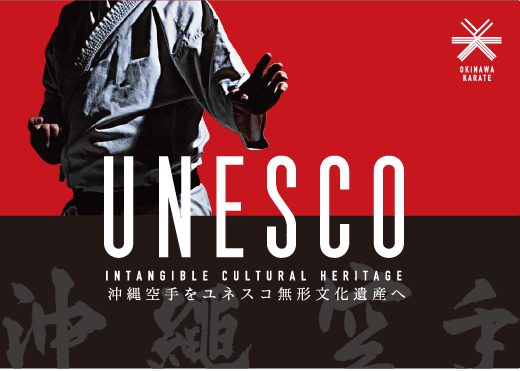 Traditional culture that Okinawa is proud to present to the world,in order to pass on karate correctly to the next generation...

Although there are various theories about the origin of Karate, it is believed that it comes from the ancient martial art of the Ryukyu Kingdom, “Te” (means hand), which was systematized through deepening cultural exchanges with its neighboring countries. There are three types of “Te”: Suidii, Naafa-dii, and Tumai-dii, which all date back to the era of the Ryukyu Kingdom. The “Suidii” is a martial art that is considered to have been inherited by successive Samurē (Samurai in Okinawan) warriors in the castle town of Shuri and has been developed through the friendly rivalry among the senior and junior warriors. The “Naafa-dii” is a "Te" that has been handed down through the generations in the area where Naha Port, the port of the Kingdom, is located; while the “Tumai-dii” has been inherited around Tomari Port, which used to be one of the main ports of the Kingdom. Additionally, Uechi-ryu was founded by Kanbun Uechi, who, after finishing his training in Fuzhou, China, moved to Wakayama and began teaching and training many students, including his son, Kanei. 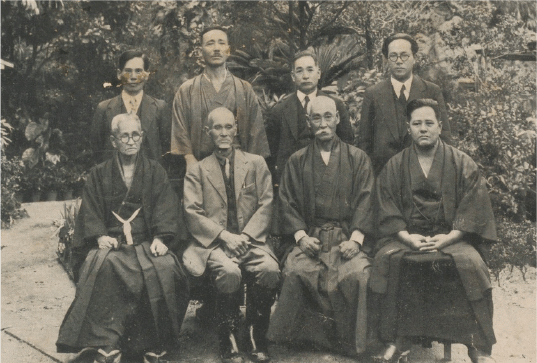 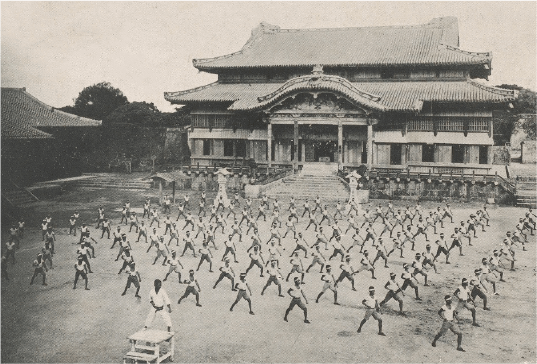 In March of 2017, the Okinawa Karate Kaikan was opened as a base facility to promote “Okinawa, the birthplace of Karate” to the world, as well as to preserve, pass on, and develop Okinawa Karate as traditional culture. On its four-hectare site, there is a “Dojo facility” with 4 competition courts, an “exhibition facility” to deepen the understanding of Okinawa Karate, and a “special Dojo” with red tile roofs that symbolize the traditional Okinawan culture. It has become a place where Karate enthusiasts are gathered from all over the world and interact with each other.

Spreading to the World

The foundation of “Te” was laid down during the era of the Ryukyu Kingdom. In the Meiji period and afterward, it was introduced into school education by Ankō Itosu and his students such as Chomo Hanashiro and Kentsu Yabu, and became widespread among the public. In 1922, Gichin Funakoshi came to Tokyo to introduce Karate at the first Exhibition of Athletic and Physical Education. After the event, he settled down in Tokyo and devoted his life to promoting and teaching Karate, especially at universities. On the other hand, in the Kansai region, Kenwa Mabuni, Chojun Miyagi, and others made efforts to popularize Karate. The Karate style taught by Funakoshi became the Shotokan Ryu, while the Mabuni lineage blossomed as the Shito Ryu; both have spread throughout the world. Today, Karate has grown its popularity to 130 million people in Japan and abroad and has been adopted as one of the official events of the 2020 Tokyo Olympics. 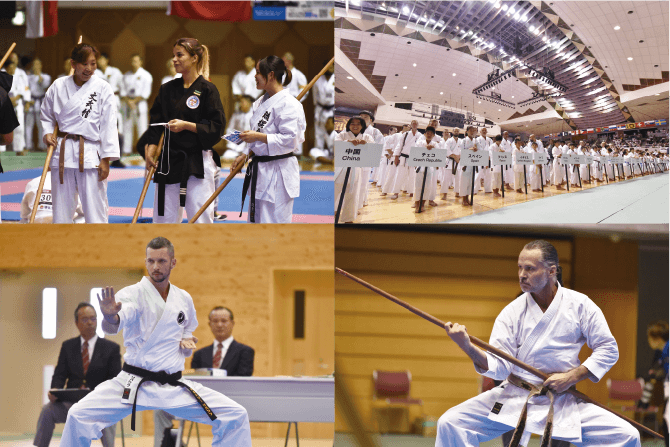 The Spirit of Karate in Pursuit of Peace

The spirit of Karate, which respects propriety and seeks peace, is expressed in these golden words left behind by the predecessors of Okinawa Karate: "There is no first attack in Karate" and "Do not strike others, and do not allow others to strike you. The goal is peace without incident." This is exactly the reason why Karate enthusiasts all over the world are attracted to this martial art: they train their bodies through rigorous discipline as well as their mind through learning the spirit of Shurei (means respect).